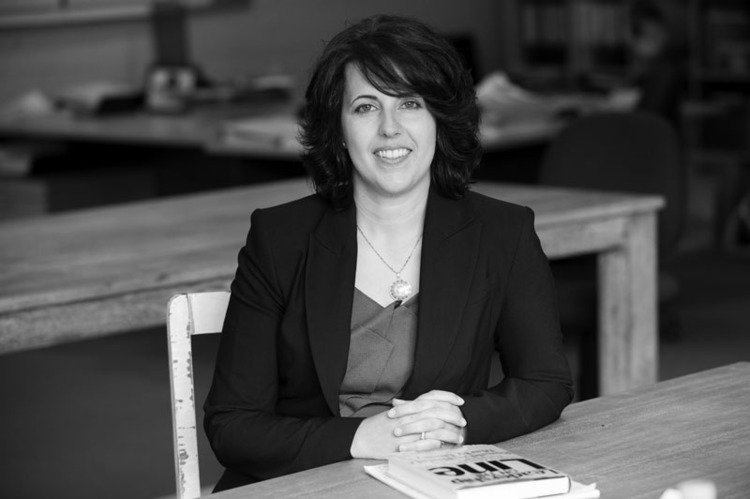 Despite our best intentions to create positive change in our workplaces, often these intentions fail to translate into real and sustained change.  Jenny Simonovska explores her insights, based on her experience as the General Manager of the 100% Project Advisory Practice.

As the General Manager of The 100% Project Advisory Practice, I have the privilege of working with some of Australia’s most impressive organisations as they tackle the challenge of gender equality in their workplaces.  In the past, I have held a number of internal Organisational Development roles where I was asked to “look after diversity”; a perfectly reasonable proposition, I thought.  Achieving diversity outcomes requires culture change, and the culture portfolio traditionally sits in Organisational Development.  Who better to “look after diversity” than an OD specialist?  “Just integrate ‘diversity’ into existing projects and get it done” was the message.  Sounds simple enough, right?

Not quite.  Time to discuss gender balance with senior leaders was relatively easy to secure.  Agreement on how to define the challenge (let alone objectives, interventions or budget) was a more complex matter.  Leading The 100% Project Advisory Service, I talk to people on a daily basis about the gender balance challenges in their organisations.  Over time, I have noticed that the challenges I faced in my previous roles are the same challenges faced today by many Diversity and Inclusion practitioners.  The collective frustration resonates with me as we question ‘Why is it so difficult to really get gender balanced leadership into an organisation’s top strategic priorities?”

Participating in the Level the Playing Field Symposium provided some powerful insights into this question for me.  Until this point, I had always couched conversations about achieving gender balanced leadership as a “win-win” for both genders.  Research conducted by  The 100% Project in 2011 and 2012  indicates that at the moment, no-one is winning; men want more flexibility, but won’t ask for it because they feel it harms their career.  Meanwhile, women, for whom flexibility is more socially acceptable, continue to carry the lion’s share of caring responsibilities.  But it often comes at the high cost of career progression[1].

I often use this and other research as a strong evidence-base from which to explore how increased and improved flexibility may help organisations to retain talented women and maintain a robust pipeline of female talent.  Of course, the support and enthusiasm from senior leaders and executive teams is strong during these discussions, and the intentions are always genuinely good.  But somehow, the translation into sustainable change falls short.  Why does this happen, despite all stakeholders being on the same page?

I learned something at the Level the Playing Field Symposium that helped me start to unravel the answer to this question.  What I wasn’t acknowledging to myself or others is that adaptive challenges such as the achievement of gender balanced leadership in Australian organisations require a change to the status quo, and this is often perceived as a potential loss for some stakeholders.  What a confronting concept!  That anyone might consider the achievement of gender balanced leadership as a potential personal loss at first seemed far-fetched.

My firm belief was that men and women alike stand to gain from such an achievement.  As I reflected on Aunty Di’s Welcome to Country at the beginning of the Symposium and her powerful words about the impact that the disempowerment of indigenous men has had on entire indigenous communities, it hit me.  When we engage men in addressing the challenges associated with gender balance in Australian organisations, we are really asking them to re-think and give up their traditional roles as primary breadwinners and secondary caregivers.  These roles have personal value and meaning for men, resulting in resistance to change.

The engagement of men emerged as a strong theme of the symposium and it became a hotly debated topic when men in the room provided feedback about how they were engaged during the interactive portions of the day.  Many felt they weren’t listened to, some felt unsure about how they could contribute and weren’t able to get clarity on the topic when they asked, others felt like they were being “blamed”.  The discussions that took place after this feedback provided some of the most confronting and valuable insights of the day.

Following from this valuable experience, the Advisory Practice explored the challenge of how to truly engage both male and female stakeholders in adaptive challenges such as gender equality and  flexibility, at a roundtable event hosted at KPMG. A broad range of industries were represented at this roundtable, and we used the time together to explore the question of why it is so difficult to get gender balanced leadership into an organisation’s top strategic priorities.  Concepts of adaptive leadership learned at the symposium were used to frame the conversation and we asked ourselves “how can we engage people below the neck?”  In other words, how can we move beyond the rational arguments about the evidence-based benefits of gender equality into a non-rational, emotional commitment?

We explored a scenario of a senior female leader who resists efforts to address the gender balance issue. What does she stands to lose by supporting these efforts? Perhaps this leader doesn’t want to be seen as champion for women because she fears she may be seen as supporting women at the expense of men. Or maybe having more successful women in her organisation would make her feel less special?  How can we, as agents of change, use this information to support her and gain her commitment?

We also considered an example of a leader with a limited understanding of how flexibility might benefit his or her organisation.  We hypothesised that one of the reasons that shifting perceptions about flexibility might be so challenging (particularly in professional services industries where billable hours rule the way people work), is because we are essentially asking these leaders to give up the security of working with individuals in a structured way that has benefited the organisation for a long time.  If we can acknowledge this loss, and highlight the legacy that strong leaders create when they embrace diversity and are brave enough to really make a difference, perhaps it might provide enough incentive for leaders to try something new?

Both the symposium and the roundtable brought home some very salient points for me: no-one really has all the answers to the adaptive challenge of gender balanced leadership yet.  If we did, we would not still be struggling to achieve our goals of equality.  It will be challenging  to identify and confront the perceived individual and organisational losses, and it will take personal courage to take the necessary risks required to try new ways of doing things.  Because what we’ve all achieved so far, is just the beginning.