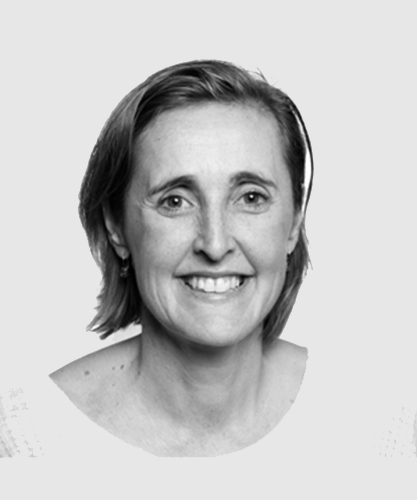 I hear and read this regularly and I believe it demonstrates a lack of awareness around how to build the best team that will deliver the strongest results. It’s particularly frustrating when the team already looks the same (gender, cultural background, experience) and the leader is still unwilling to take a chance with even one person who “looks” different despite evidence that teams with a better gender balance lead to higher levels of innovation. (The Mix that Matters, BCG, 2017). McKinsey also found that teams with more than 30% women are more likely to outperform those where this percentage ranged from 10% to 30%, and more likely to outperform those with even fewer women. (Diversity Wins, 2020).

A follow up question is often, why do we focus on gender vs. other forms of diversity such as cultural? My answer is simple. Women make up 50% of the population. So why wouldn’t you start fishing where the fish are? Of course, we should also be appointing people with diverse cultural backgrounds, again highly correlated with increased levels of innovation.

Here’s another fact…if there’s only one woman in your candidate pool, there’s statistically no chance she’ll be hired. (HBR, 2016). Yes, this means it might take longer to build a short list of candidates who represent the general population. I acknowledge in some industries that’s harder than others. But isn’t our job as leaders to deliver the best results and build a high performing team? So why aren’t we doing everything we can to do that? As Einstein said, “We can’t solve problems using the same kind of thinking that caused them.” 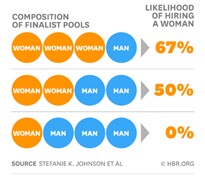 Having worked in Marketing, Sales and People & Culture across multiple organisations with market share, revenue and EBIT targets; I still see a general unwillingness by many businesses to set gender targets, despite the evidence that gender balanced teams are more innovative, businesses more profitable and cultures more inclusive – attracting & retaining the best people. There’s a concern that the best person might not be appointed if gender targets exist, versus acknowledging that bias exists and despite women making up 50% of the population and over 50% of the graduate population, when it comes to hiring, unconscious or conscious bias kicks in and we get nowhere near equality. If we truly believe in meritocracy, we must also believe in gender equality.

In an ideal world, targets or quotas would not be necessary. In an ideal world, a true meritocracy, the most talented people would be appointed, and that would automatically mean gender equality. However unconscious or conscious bias has landed us where we are today and targets or quotas may be the only way of achieving equality and eventually, a world where quotas are obsolete.

My challenge: Next time you are recruiting, ensure your short list and interview panel is gender balanced.