“Should the focus be on leadership rather than gender?” 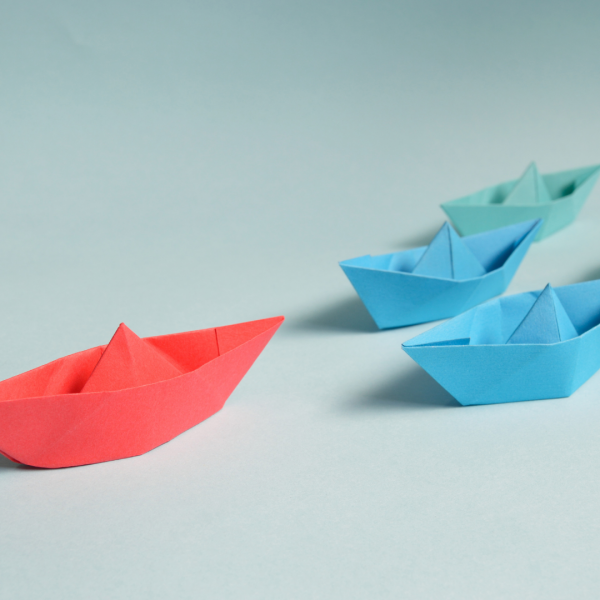 “Leadership is not about titles, positions or flowcharts. It is about one life influencing another” – John C Maxwell

“Leadership is not a gene and it’s not an inheritance. Leadership is an identifiable set of skills and abilities that are available to all of us” – James Kouzes and Barry Posner

In our last research insights Caroline and Anna discussed recent research that confirmed the “stickiness” of gender stereotypes around agentic (considered male) and communal (considered female) traits. The research indicated that though men and women are equally competent in leadership roles, a lack of conscious awareness of occupational segregation is prevalent. In other words, women tend to work in roles that reinforce communal traits (e.g., healthcare and education) reinforcing the stereotype that women are more communal. In male-dominated occupations (e.g., law, engineering), women tend to be placed in roles that reward communal behaviour (e.g., human resources). Men tend to dominate in roles where agency (decision-making, assertiveness) is seen as a prerequisite such as C-suite or middle management.

In this article we question whether the challenge is one of gender stereotyping, leadership stereotyping (or both) and how words and language impact the status quo whether intentional or not.

In her article “What Do Countries With The Best Coronavirus Responses Have In Common? Women Leaders1”, rather than assessing effective leadership in and of itself, Aviva Wittenberg-Cox attributes the traits exhibited by successful female leaders during the current crisis to a uniquely female style. We are told that countries with leaders exhibiting traits such as truth, decisiveness, embracing of technology and love have had the best coronavirus responses – and they are led by women. “These leaders are gifting us an attractive alternate way of wielding power”, instead of those of “strongmen using the crisis to accelerate a terrifying trifecta of authoritarianism” “(Trump, Bolsonaro, López Obrador, Modi, Duterte, Orban, Putin, Netanyahu…)”

The article does not comment on other aspects that may drive a countries success in combating the pandemic including bipartisanship across the political spectrum and support of other persons/organisations which may be male dominated. Nor does it reflect on countries led by males which have also successfully (to date) navigated the challenge. The inference from the article is:

It may be informative to highlight the success of female leaders and challenge the “Think Leader, Think Male” stereotype by associating successful leadership traits to those of a gender through a correlative, subjective assessment. The danger is this can continue to perpetuate a dichotomy of gendered leadership in which one is “good” so the other must be “bad”. More helpful would be to assess the behaviours of successful leaders independently and then celebrate those in any leaders, regardless of their gender.

In his article “Women Are Natural Servant Leaders, But Need Encouragement To Take On The Role2”, Adi Gaskell reports on research undertaken by Lemoine and Blum3 that servant leadership’s effects on outcomes are stronger when implemented by women; employees generally prefer working under such a leader, and their performance improves as a result.

The data reveals that servant leaders not only inspire greater performance from their team, but also encourage servant leadership qualities in team members. Women leaders prove more effective in this than their male peers. “As followers began acting like servant leaders, they became more engaged, proactive and productive – and women were better than men at sparking that change”.

The inference from the article is:

On the surface, this notion seems benign enough, even positive. If women have a “natural” talent for a certain type of leadership, surely this should be encouraged so that, in the words of the authors, “[leadership] stereotypes finally give women an edge”. However, women may be better servant leaders not only because of genetics, but because of historical, social and cultural norms that reinforce an expectation.

In the final article we reviewed, Smith et al. The Power of Language: Gender, Status, and Agency in Performance Evaluations4, the authors investigate whether gender bias and reinforcement of stereotypes in leader performance evaluations may hinder women’s career aspirations and retention as well as limit their ability to be promoted. The authors explore the gendered assignment of leader attributes with particular attention paid to associations of agentic competence (deficiency for women) and agentic dominance (penalty for women) across peer evaluations of U.S. Naval Academy students.

As the men and women studied are broadly similar with respect to academic standards, physical standards, and military standards, it was expected that, in the absence of biases and stereotypes about who a leader is “supposed” to be, similar evaluations would be seen.

What was found is that women leaders relative to male leaders are evaluated with:

Not only are women penalised for violating the gender status hierarchy (relative values associated with each gender) by being evaluated with more proscriptive attributes, they are also penalised with fewer types of individual descriptive attributes – thereby arguably re-enforcing an agentic (male) – communal (female) dichotomy.

The paper in part concludes “even in esteemed institutions such as military service academies with a reputation for producing leaders of character to serve a nation, gender status beliefs are pervasive.”

The inference from the paper is:

Given that men represent 84% of the US active duty forces it is likely that men made up most of the evaluators and this may contribute to women leaders’ negative performance evaluations particularly if gender stereotypes for military women are inconsistent with expectations for military leaders.

It is also unclear from the research whether men exhibiting more/higher communal traits relative to their peers were also discriminated against in the reviews.

Looking at the research/articles collectively the prevailing message appears to be:

How can we change the paradigm about what represents “good leadership” and encourage individuals (women and men) to embrace their natural leadership styles without continuing to reinforce a stereotyped status quo that elevates agentic (considered male) traits above communal (considered female) traits?

There is strong evidence that leadership which includes attributes that are identified as both communal and agentic results in better outcomes within organisations and more broadly. Leaders therefore benefit from having a “toolkit” that is neither agentic nor communal, but both. After all, as the adage goes “if the only tool you have is a hammer then everything is a nail”.

By focussing on what makes a successful leader and embracing (demanding) the necessity to have elements of both stereotypically male and female leadership styles, we can change the conversation away from one of gender to one of leadership, focussing on the individual, regardless of gender (or any other stereotype).

We are not suggesting that to do so is a panacea. As all the articles demonstrate, gender re-enforcing stereotypes including language are pervasive. Both women and men can have the same competencies and qualities yet still be perceived differently. Continuing to develop awareness (in self and others) of this and its impacts remains an important task.

After all, having all the tools in your toolkit is only part of the solution. Discerning under what circumstances to use which tool is a skill which also needs to be mastered.

We encourage you to continue the conversation by taking this article into your organisations and discussing the opportunities and challenges it raises.